Systems is a drywall company that specializes in drywall assemblies, steel studs (interior and exterior), EIFS, cement and veneer plaster.  My duties at Olympic included creating estimates from architectural drawings, bidding out jobs, and then managing projects from start to finish, if I was the successful bidder.  This meant I would coordinate drawings and changes with a field foreman, communicate with the General Contractor and Architect, track construction costs, buyout materials, submit monthly billing statements, collect accounts receivables, and issue warranty information for project closeout.  The number of projects I was “running” at one time would range from 1 to 17.  I managed many projects over 1 million dollars with the largest being just over 4 million.

While in Hartford we had our first son Jordan which prompted our second house, a move that took us back out to the country.  Mason, our second son was born two years later.  In the spring of 2010 we decided to move back to the Plum City area so that we could be closer to our families and our kids could grow up with the small town advantages that we grew up with. This lead to the purchase of our third and hopefully final house.  After moving back Erin took a job teaching for Globe University in Eau Claire.  She has since started her own mobile Veterinary practice (Voyaging Vet & Tech Services) while working part time in Mondovi at The Animal Wellness Center of Buffalo Valley.  I started working at Komro Sales and Service as a Project Manager and have became one of the main installers of their “Sand Buildings”.  Unfortunately, that position come with a lot of travel 60-70 hour work weeks and countless nights away from my family.  After many discussions with Erin and thoughts of once again leaving Plum City.  We instead have decided to follow in my Grandfather and Uncle’s footsteps of business ownership in Plum City and to make an “investment” in our community.  This decision led us to the decision of purchasing Watkins Locker.

Other than cutting up our own venison during deer hunting I had very little experience in the “meat business”.  I do however have a very strong work ethic and the willingness to work long hours to achieve my goals, and business ownership has always been a goal of mine. I have also been able to hire great people who have many years of meat processing experience.  I have learned a lot from them and rely on them to help me expand the business.
I have a lot of experience in business from my time at Olympic Wall Systems and  in management from my time at Komro Sales and Service.   So, rather than work those kind of hours for someone else, I have decided to work long hours for myself.  Another advantage is that I will have the ability to attend school functions that take place during the day since the business is on the same block as the school.  Allowing me to spend more time with my boys, they also help me as well. Stop by anytime after school and you will usually see them behind the counter! 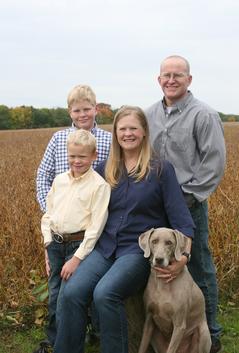 I was born in Durand, WI on September 22, 1974 and was raised in the Plum City area, where I attended Plum City schools through High School.  After High School I worked for three years in what I would consider “unskilled” labor until realizing the importance of higher education.  I graduated from UW Stout in 2000 with a Business Degree and married Erin Weiss (also from Plum City) the same year.  Erin is a 2000 graduate from UW Madison School of Veterinary Medicine.

In the summer of 2000 we moved to Hartford, WI where we bought our first house and started our professional careers. Erin worked for the Thiensville-Mequon Small Animal Clinic and I started

working at Olympic Wall Systems where I spent 10 years as a Project Manager.  Olympic Wall 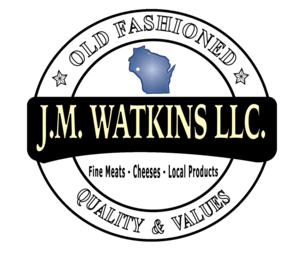